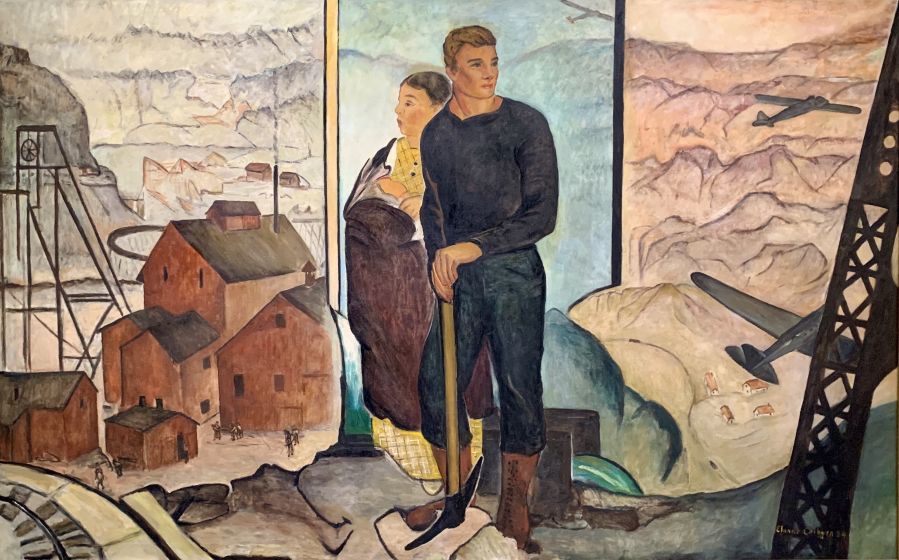 Elanor Colburn’s Gold—The New Era celebrates the ascending importance of the aerospace industry to Southern California’s economy beginning in the 1930s. Colburn’s small mural, most likely produced under the Public Works of Art Project, is structured as a three-part narrative. In the middle, a woman looks left toward images of a gold mining camp—in other words, she looks to the past. A man holding a pickax gazes right, toward airplanes, clouds, and a metal truss structure emblematic of the new materials and technologies being used in the aircraft industry. He looks to the future—though he still has one foot in the past. Colburn accentuates the division between the past and future by introducing a vertical gold line (referring to the gold era) and a vertical black line (referring to the metal used in airplane construction) to divide the canvas. Like gold prospectors drawn to northern California in search of riches, new pioneers were attracted to the Southland by the prospect of employment in the aerospace field. Colburn’s Gold—The New Era is right on the money in capturing two of the main economic drivers that shaped California.